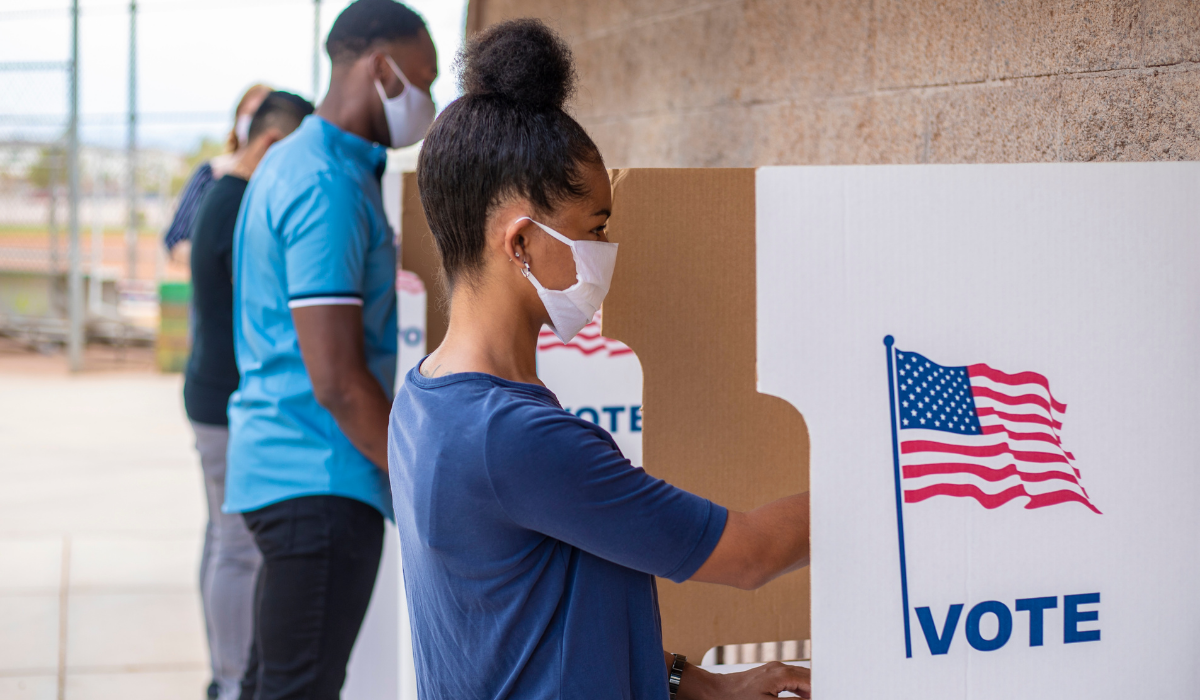 Voting can seem complicated, especially if you just turned 18 and have never done it before. But it's actually pretty simple!

There are a few different kinds of elections and election vocabulary to be mindful of too. We'll also go over the voting process so you know everything you need to do before you vote and when you vote. When it comes to voting, you also want to participate as early as possible so you can be informed and make your own educated choice.

Get More Involved in Your Community with Check City.

Your Right to Vote

In order to vote, you must meet certain requirements like voting age. You must be at least 18 years old, be a citizen of the United States, and be registered to vote. There are some other factors that can play a part in whether you are eligible to vote or not, like felony status. Take a look at the specific voting requirements of your state at Vote.org. Exercising your right to vote is a great way to become more involved in your community and your country.

The first step to understanding how voting works is learning election vocabulary. There are different kinds of elections, events, elected officials, and more to consider when going to the polls.

You probably already know about the presidential election. This is when registered voters in the US come together every 4 years to vote for the next president and vice president of the United States.

The federal election is when voters come together to vote for officials in the federal government. This could include the members of congress, senators, and members of the house of representatives.

The state election includes voting for state legislatures, governors, the attorney general, secretary of state, state supreme court, and any other members of the state judiciary. State elections are also the time where you might vote on state policies.

The local election is where you vote on county and city government officials, like sheriffs, the mayor, and school board members.

One of the first things that happen during election season are conventions for each political party. These conventions are generally held nationally. It is where political parties all gather together to browse the nominees for the coming presidential election.

The primary elections are the preliminary voting that takes place to decide who the final candidates for the final election will be. This narrows down the field so that when it comes time to vote for the actual president, there aren't 30 or more people you have to know about and choose from on the voting ballot.

There are many events during election season that take place the year before, during, and after the election year. Here is a general outline of all the most important election events you are going to want to be aware of.

If you'd like to learn more about the basics of the presidential election, you can explore USA.gov to learn all about the voting and election process. This website even has educational videos and infographics to help you visually understand the process as well.

How to Register to Vote

Start your voting journey by registering to vote. You register to vote in your state of residency so that when you do vote, you’ll be a part of your state’s voting pool. Registering to vote is incredibly easy to do. You can do it in person or online.

Register to Vote IN PERSON

You can also quickly register online at vote.gov. You can also check your registration status on this website to check if you're already registered to vote.

Register to Vote BY MAIL

You can also register by mail if you are out of the country or out of your home state. All you have to do is fill out the National Mail Voter Registration Form found on USA.gov and then mail it to the address listed for your state.

How Do I Vote?

One of the biggest questions people have when it comes to elections is how to vote. Thankfully this process isn't too complicated either. You'll want to register to vote, participate in primary elections, stay informed, and vote at your polling place on election day.

Before election day arrives there will be primaries, caucuses, and political conventions to help narrow down the candidates. Different parties and states will do these preliminary voting events in varying ways.

During this time candidates will be narrowed down to the final few. They will also announce who their vice president will be, and then they go across the country campaigning, talking about their views and plans, and debating with other candidates until election day arrives. You can also help out your candidate of choice by volunteering or fundraising for their campaign.

Do your research and watch debates to learn about the different presidential options, what they are all about, and what their presidential plans are. Then all that is left to do is go to your local, designated polling station on election day and cast your vote.

Election Day is always on the first Tuesday in November. The only way you can cast your ballot is in person, or by mail. There is no way to vote online, so when election day comes you'll need to be prepared to physically go to the polls, or be prepared ahead of time to mail in your ballot.

What Do I Need to Vote?

Where Do I Vote?

Voting takes place at an official polling station near you or by mail. To find your polling place type in your address at VotingInfoProject.org to see where you're designated polling station is.  If you are going to be absent from your registered state, or need to vote by mail for any other reason, then you'll need to use the website for your state to find out how they want you to cast your absentee ballot.