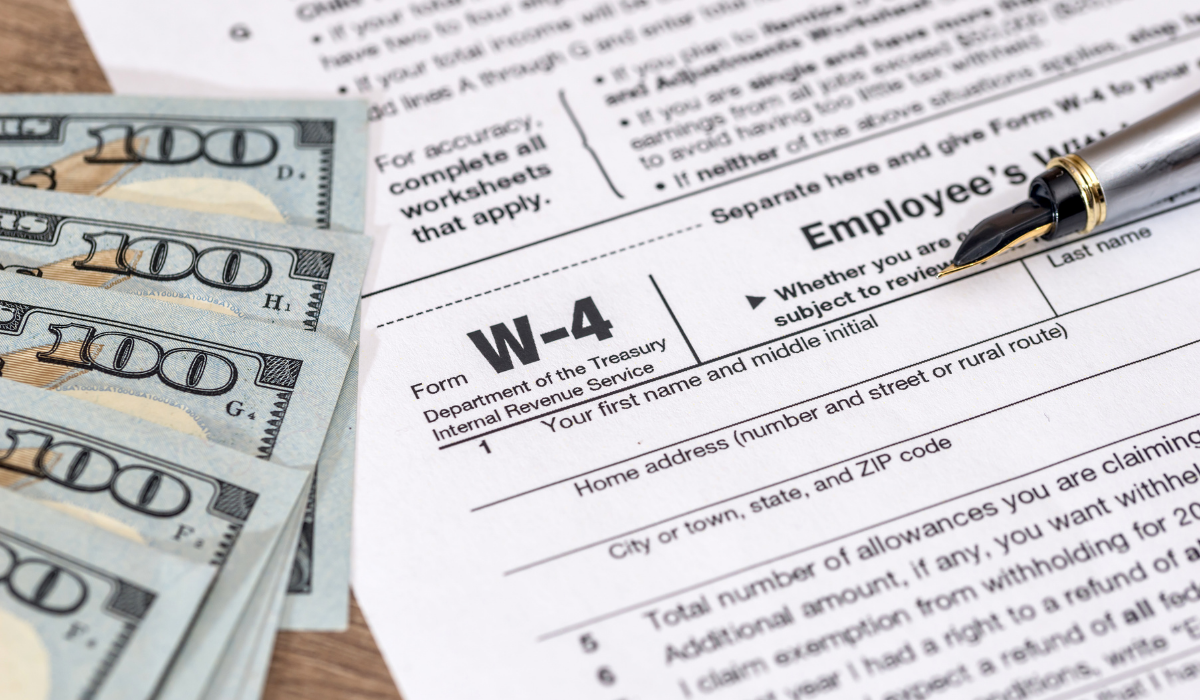 What is the difference between a W2 vs W4 tax form? The key differences are when these forms are filled out in the employment process. It's important to understand the relationship between the two.

There are so many IRS documents to learn about that it can easily become overwhelming. But as a taxpayer, you want to make sure you're doing everything right and checking all your financial boxes. If you are a worker, an employer, or an independent contractor, then you'll need to know the difference between the W2, W4, and W9 tax forms.

W2 and W4 forms are some of the primary tax forms you'll need to deal with as an employer or employee. These IRS forms help employers record the taxes their workers pay through their paychecks.

A W2 is something an employer provides for their worker when tax season comes around. This handy document outlines all of the worker's income and taxes paid through that employer in the previous year.

A W4 is something a worker fills out for an employer to outline exactly how the worker would like their taxes withheld on the payroll. W4 forms can also sometimes be referred to as an Employee's Withholding Allowance Certificate.

What are W4 Allowances?

Income tax is generally taken out of a worker's paycheck. Then the amount of income received and taxes paid are outlined on the W2. On the W4, workers can also indicate something called, "withholding allowances." These W4 allowances let workers claim a tax withholding that will take less tax out of each paycheck.

This can be a great way to get more money from each paycheck and pay less in taxes throughout the year. Taxpayers just want to be careful when claiming allowances, because they can cause you to owe taxes that will need to be paid later.

The allowances that someone is allowed to use on their W4 form have to do with a number of factors. Some of those factors include things like whether you're single or married, how many jobs you have, whether your partner works or not, and how much you make.

When do you fill out a W4 tax form?

If something changes and you need to adjust your W4 allowances, speak with your work's HR department about getting your W4 resubmitted.

Difference Between W2 and W4

The primary similarity between the W2 tax form and the W4 tax form is that they are tax papers used by workers and employers. They also both have to do with the worker's taxes like how much tax to withhold from an employee's paycheck and filing your taxes for a tax return.

Both documents have to do with workers, employers, income, and taxes.

The primary difference between the W2 tax form and the W4 tax form is that they both handle different aspects of workers and their taxes. Both documents are also used at different times of the tax year for different purposes having to do with taxes and employee income.

Employers fill out the W2 form once a year, around January 31, or the beginning of tax season. This form will have recorded all of the worker's income and the amount of taxes paid during the year. Then the employee can use the information on this form to file their federal income tax return and their state tax return.

What Tax Form Do Independent Contractors Use?

Different types of employment call for different types of documents and forms from the IRS. A W2 employee is what's considered a regular employee, hired by a typical boss to perform a typical job. A 1099 employee is different from a typical worker in that they are hired on a contractual basis. There are many differences between W2 employees vs 1099 employees, including what tax form they use.

If you are an independent contractor then you will instead be using a W9 tax form. This will take the place of the W4 that an employer has a worker fill out when starting a new job. The W9 form will then outline how taxes should be paid through the contracted payment.

Another name for the W9 form is the Request for Taxpayer Identification Number and Certification. This form is used by employers as they endeavor to handle taxes for contracted workers instead of regular workers.

Don't worry if you don't know what to do with every single tax form. That's why Check City is here to provide all the tax preparation guides you need to give you a smooth tax season each year.